Different people have different symptoms for lung cancer. (Click here to learn about syptoms.) Most people with lung cancer don’t have symptoms until the cancer is advanced. 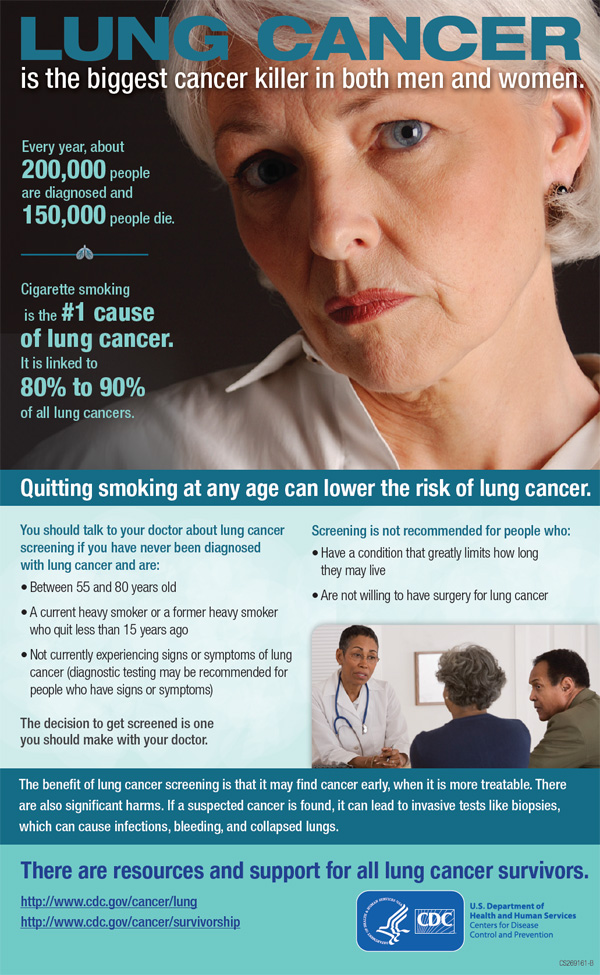 The most important thing you can do to prevent lung cancer is to not start smoking, or to quit if you smoke. Smoking can cause cancer and then block your body from fighting it. Nearly 9 out of 10 lung cancers are caused by smoking cigarettes. Treatments are getting better for lung cancer, but it still kills more men and women than any other type of cancer.

Test Your Home for Radon

Radon is a gas that you cannot smell, taste, or see. It comes naturally from rocks and soil, and can dissolve in groundwater. Radon is thought to be the second leading cause of lung cancer in the United States, responsible for more than 20,000 lung cancer deaths each year.

People can be exposed to radon mainly from breathing radon in air that comes through cracks and gaps in the foundation of buildings and homes. One out of 15 homes has a high level of radon. Testing your home is the only way to find out if you have a radon problem. If you do, then you can fix it.

Test your knowledge about lung cancer screening by taking this quiz.

For additional information about this topic or to read the full article from the Center's for Disease Control's (CDC) website, click here.